Orlando Health Arnold Palmer Hospital for Children is honored to have partnered with The Ryan Seacrest Foundation, furthering its commitment to support the unique physical, emotional, and developmental needs of patients. We’re proud to be the 11th location in the nation to feature a Seacrest Studios facility – and the only one of its kind in Florida. Our studio provides patients with an interactive space to explore radio, television, and social media, share their on-air talents and participate in entertaining programs that are broadcast directly to patient rooms.

“It’s a place where patients truly get to be a star and forget about their medical treatments and procedures,” according to foundation chairman, founder, and television personality Ryan Seacrest.

The Seacrest Studio at Orlando Health Arnold Palmer Hospital makes it possible for children and teens to learn everything they need to produce, star, and interact in their very own TV and radio programming during their hospital stay. Complete with lights, sets, cameras, and audio gear, the studio allows our young people to share the spotlight with other patients, celebrity guests, and staff. Every day brings the potential to create new shows ranging from arts and entertainment to sports, science, and more. Seacrest Studios at Arnold Palmer Hospital even encourages patients who may be confined to their rooms to call in to play along, interview celebrities, and engage in many of its live shows. Kids can interact virtually to request songs, play games, and win prizes!

Entertainment for Patients and Visitors

The 1,200-square-foot, glass front studio is located on the first floor of Orlando Health Arnold Palmer Hospital by the main atrium, allowing patients and visitors to see all the activities happening inside. The Seacrest Studios staff includes experienced, full-time team members who love TV, radio, and digital media as much as our patients do.

Programming is available to patients throughout the hospital, whether they are physically in the studio or watching from their rooms on our closed-circuit television channel.

Internships are available for the spring, summer, and fall semesters. Would you like to apply for this unique opportunity?

Interested in making a special appearance at Seacrest Studios?

Learn about the many ways you can partner with us to bring smiles to patients and their families:

The Seacrest Studios’ internship program immerses students into a real-world, hands-on video and digital media production environment. Interns create fun and educational programming that actively engages the hospital’s pediatric patients and ultimately helps in their healing. Students work in teams to learn how to use studio and field production equipment and create a variety of on-air content. Interns have an opportunity to develop their own live and postproduction projects from concept to completion. They create project proposals, plan their workflow, and submit requests for studio time, equipment, and crew. Students take ownership of their projects while advancing their skills in shooting, writing, and editing digital media. Interns create elements for studio productions through videography, photography, graphic design, and multimedia content development. Students receive specialized training on how to run a live show, as well as how to work with celebrities and community partners.

Volunteers are occasionally needed to support studio activities. If you or your community / civic organization are interested in helping, please send an email to [email protected].

Corporate donors are key to helping us provide experiences for patients, families, and college students. We are always open to exploring new partnerships that can be beneficial to both parties. To start the conversation, please send an email to [email protected].

Since the opening of Seacrest Studios at Arnold Palmer Hospital in December of 2020, the studio has provided patients with countless hours of programming, musical guests, and interviews with celebrities. 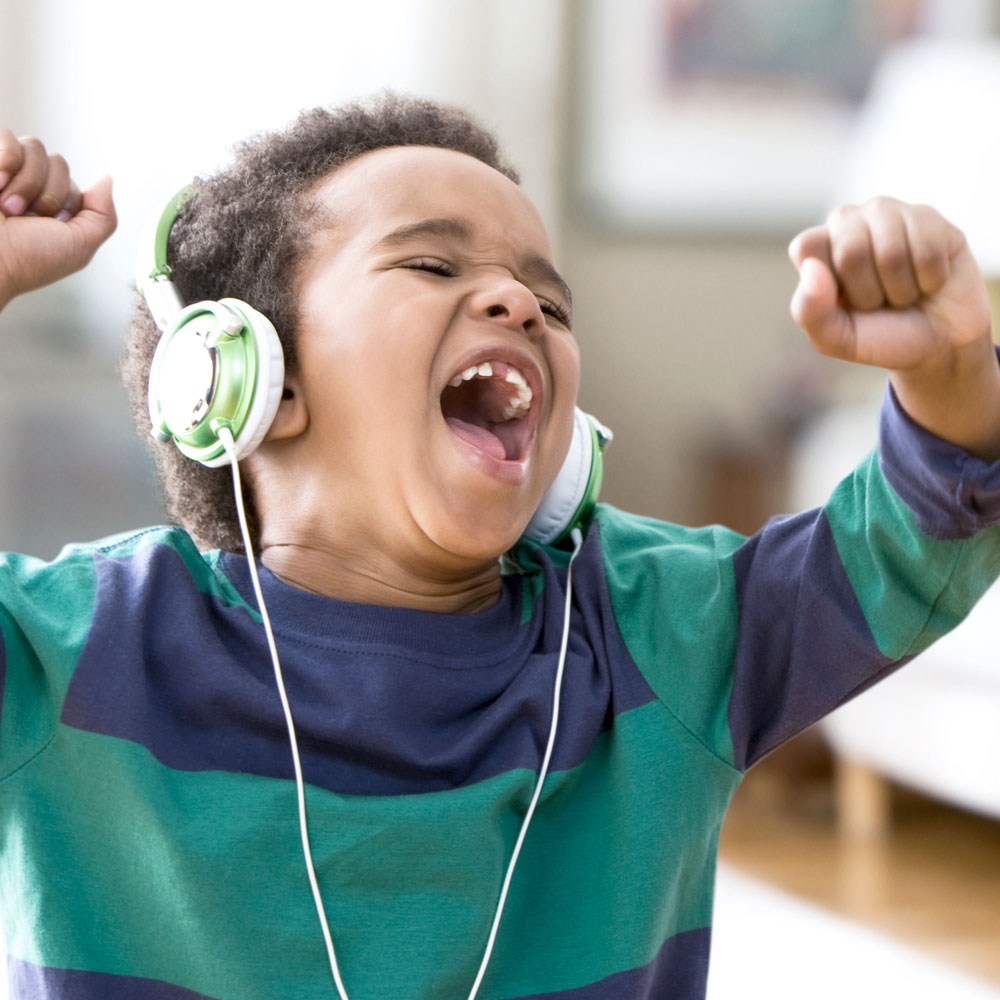 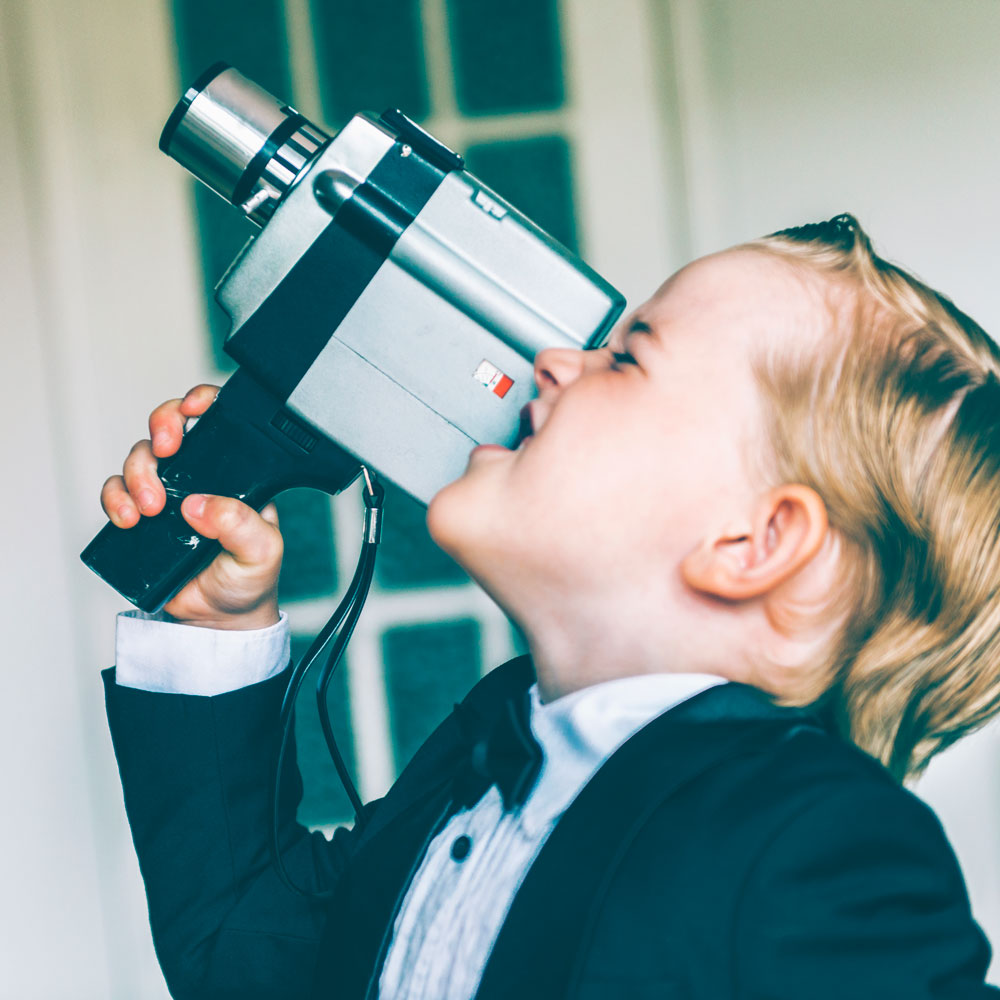 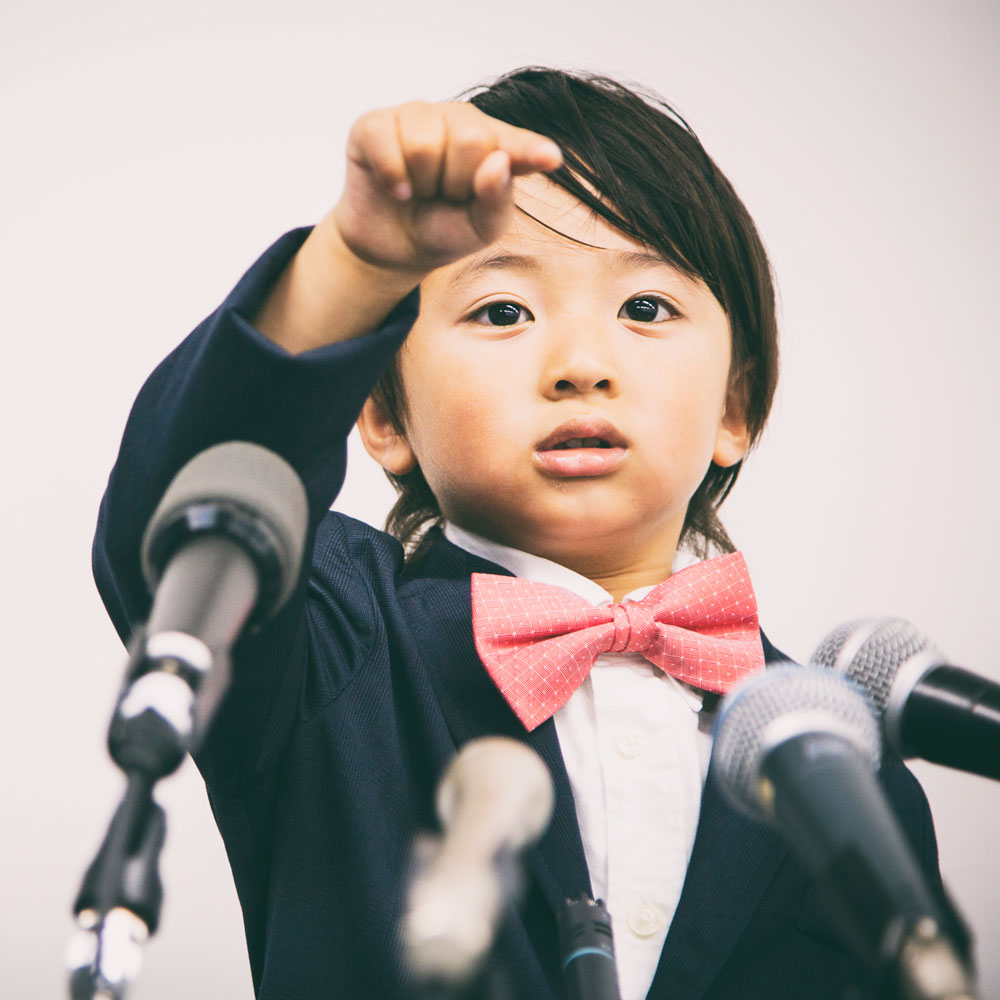 Learn more about our staff, including backgrounds, hobbies, and favorite things.

Sign up to receive our Seacrest Studios e-newsletter for regular updates on studio events and programming, guest appearances, volunteer opportunities and more.

Orlando Health Arnold Palmer Hospital for Children is committed to supporting the unique physical, emotional, and developmental needs of the children we care for every day. Philanthropic support makes additions to our hospital, like the Seacrest Studios, a reality. We are grateful for the support – leading to improvements in the hospital experience for patients, their families and Orlando Health Arnold Palmer team members.

Photos of the Seacrest Studio 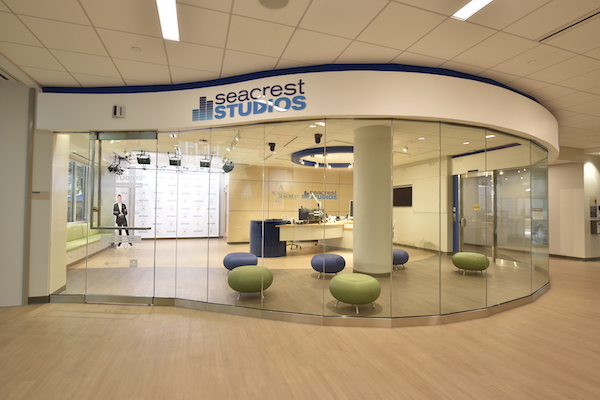 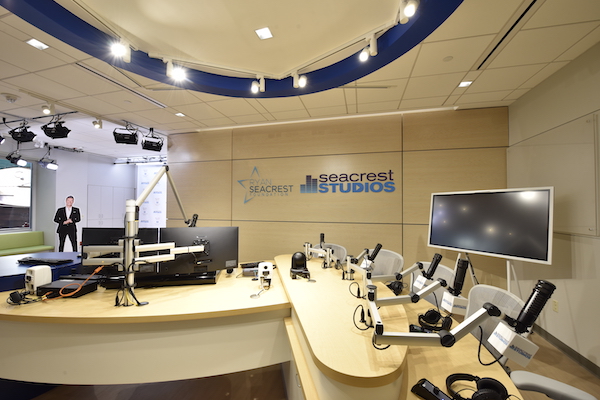 Information will update every 5 minutes. ER Wait Times are approximate and provided for informational purposes only. Estimated Wait Times as of: Thursday, January 26, 2023 9:25 PM