Spare the Rod and Don't Spank the Child 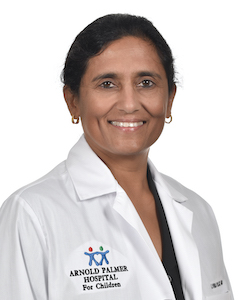 Spare the rod, spoil the child. Most parents have heard this advice at some point. The idea is if you don’t spank your child when they misbehave, you’re setting them up to continue that behavior. Sixty-five percent of Americans approve of spanking children—and this trend has been increasing since 1990.

But despite the prevailing belief, some parents have questioned the effectiveness of spanking, and research shows that corporal punishment doesn’t work. In fact, it can harm your child.

The American Academy of Pediatrics says that spanking does not teach children responsibility or self-control, and while it can cause fear in the short term, it doesn’t improve the behavior long term. Worse, it can increase aggressive behaviors, as your child learns that it is okay to use violence when someone doesn’t do what they want.

Beyond increasing aggressive behaviors, spanking can affect your child’s brain development. It seems hard to believe that a whack on the bottom can impact your child mentally, but it can. Children’s brains do not fully develop until they are 25 years old. That last area to develop is the prefrontal cortex, which is important in executive functioning, planning, organizational skills and forward thinking.

Studies have shown that spanking can reduce the gray matter in the brain’s prefrontal cortex, an area that’s important in functional organization, self- knowledge, person perception and mentalizing.

When this region of the prefrontal cortex is affected by physical punishment, it can lead to a range of mental health disorders such as depression, post-traumatic stress disorder and addiction.

It’s not just spanking that can cause changes to the brain’s structure. 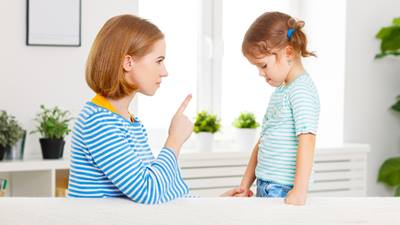 Research has shown that in addition to striking a child, yelling at or shaming them can elevate a child’s stress hormones and cause changes in the brain's architecture. Harsh verbal abuse also is linked to mental health problems in preteens and adolescents.

Cortisol, a naturally occurring hormone in our bodies that responds to stress, becomes elevated and is associated with toxic stress. Physical punishment, like spanking, is considered a potential toxic stressor because it is chronic, painful and distressing to the child. In many situations, when a child faces a stressful situation, they would seek out their parent for comfort, but in this case, the parent is the source of stress, making the situation even more difficult for the child.

Researchers believe that this stress of abuse leads to the loss of neurons in the brain, resulting in smaller brain structures that can adversely affect memory and social cognition.

Of course, children still need to be taught how to behave, but the way they are taught is just as important as the actual lesson you want to teach. It’s understandable that when your child is misbehaving, you may be angry and have the urge to spank or yell to make them immediately stop the behavior.

But now, knowing that the spanking or shaming can do much more damage than you intend, take a moment to stop and take a few breaths. Give yourself a chance to cool down, think logically and make a better, more effective discipline decision. Once you’ve made that decision, consistency is key. If your child knows they will be corrected each time, they will learn not to have that undesirable behavior.

The best ways to address your child’s behavior will change as your child grows and develops, but some age-appropriate discipline strategies are:

Spanking is an age-old method of discipline, but with the new findings of the effect it can have on the developing brain, it’s time for us to move ahead and put spanking to rest. Most Recent|Emotional and Mental Well-Being Information will update every 5 minutes. ER Wait Times are approximate and provided for informational purposes only. Estimated Wait Times as of: Saturday, June 25, 2022 6:45 PM