Just over nine years ago, I had never heard of a neural tube defect or spina bifida. In fact, nine years ago I would have told you spina bifida was one of the most horrible things to learn your baby would be born with. Spina bifida is a birth defect that makes you feel as though something so terrible is wrong with your baby.

Learning About Chance’s Condition During Pregnancy

Chance’s diagnosis was considered the most severe form of spina bifida, myelomeningocele. Due to the severity of his birth defect, we were given several options, including fetal surgery. We knew my history was too risky to consider it, and at the time, it was still in a randomized trial. We could have given up, too, but we instead elected to give him a “chance” to show us just how amazing his life could be.

Delivery, Surgery and the Early Years of Chance’s Life

Chance was born at Orlando Health Winnie Palmer Hospital for Women & Babies and was carried away to surgery to repair his defect at just 4 hours old. He spent 18 days in the NICU while his back healed and so he could receive a shunt to help treat his hydrocephalus.

People often question the quality of life of a child with a significant disability like spina bifida. 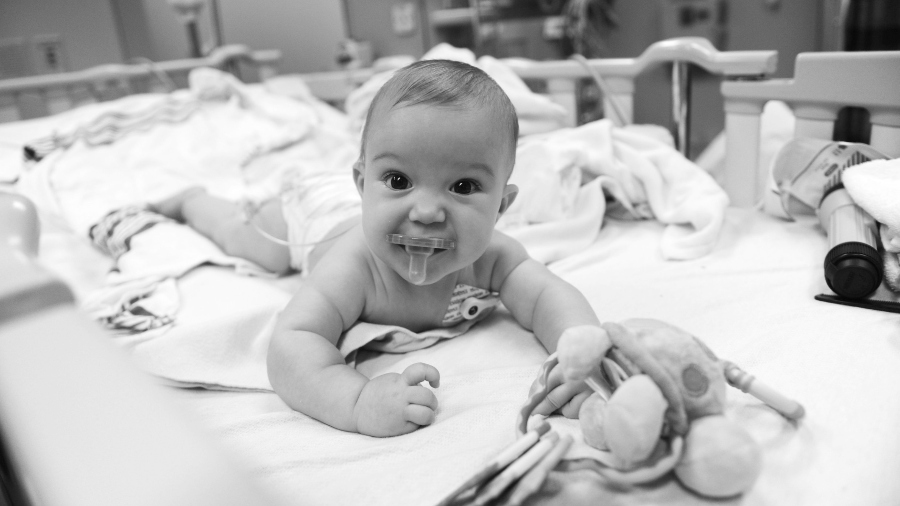 Before Chance was born, we feared he might “suffer” if he had to face so many medical moments. We learned early on that kids with spina bifida who receive adequate medical care can lead a great life. We spent so much time in the hospital the first eight months after he was born. His shunt that treats his hydrocephalus failed many times, and by the time he was 8 months old, he had endured 11 surgeries.

Before you feel pity for our son, we must share that we learned just how resilient his spirit was early on. At 8 months old, he had to spend 10 days hospitalized so his head could heal before receiving a new shunt. Every day, he brought so much joy to every person who entered his room. He was known to make a room full of doctors and nurses laugh at a very early age.

Even through the toughest of moments, he was found smiling.

We were also blessed before Chance was ever born to meet the amazing nurses who care for our children at the spina bifida clinic. They were among the first to bring us hope and have been beside us through every trial and triumph our son faces. We are so fortunate our son is at a hospital that is dedicated to ensuring collaborative care is available for children born with spina bifida.

No matter how many times our son is taken back to surgery, it never gets easier. But we’re blessed to have medical teams who truly care for our kids. Our son is seen by more than a half dozen specialists – and everyone has been a blessing on this journey.

We’ve learned to trust in the journey we’re on and do so knowing we have an amazing medical team behind us making sure Chance receives the best care possible.

Chance began doing physical therapy at Orlando Health Arnold Palmer Hospital for Children’s outpatient rehab center when he was just 10 months old. The child we were told may never walk  took his first steps in therapy by the time he was 18 months old with some of the best therapists who pushed him to grow stronger year after year.

By the time Chance was 2 years old, we learned he’d require a twelfth surgery for a chiari decompression. We learned it’s one of the toughest surgeries a child can go through – but within two days, he was up dancing, smiling and ready to go home.

By the time Chance turned three, we learned how much his spina bifida would impact his bladder and kidneys. His first serious UTI landed us in the hospital for several days on IV medications, and from that point forward we proactively advocated to help ensure we would do all we could to avoid future infections.

We’ve spent far too many days in the emergency room, mostly when his shunt was failing. A shunt is a device that helps drain the fluid that accumulates around his brain. Without it, the pressure built up can be very dangerous. Before shunts existed, many born with spina bifida didn’t live past a few years old. Unfortunately, the man-made medical device also is known to fail about 50 percent of the time. Thankfully, the nurses and doctors remind the medical team to listen to us – because our instincts are rarely wrong.

Chance got his first wheelchair when he was three and enjoyed the freedom it gave him to explore the world. We continue to focus on keeping his legs as strong as they can be – but we’ve come to accept that walking will not define his happiness in life. I never thought I’d think of a wheelchair as a blessing – but it’s brought Chance so much independence.

Just before Chance turned five, we learned his spinal cord was tethered and required surgery. Essentially, his nerves that control parts of his body were tangled up in scar tissue from his initial closure surgery. Due to how much he had grown, they were under pressure causing him to have a decrease in function. Early the next morning, his medical team was up early, admiring how he could wiggle his toes and lift his foot upward for the first time in his life.

During this week long hospitalization, Chance was greeted by one of his all-time favorite doctors, Lawrence Spack, MD. 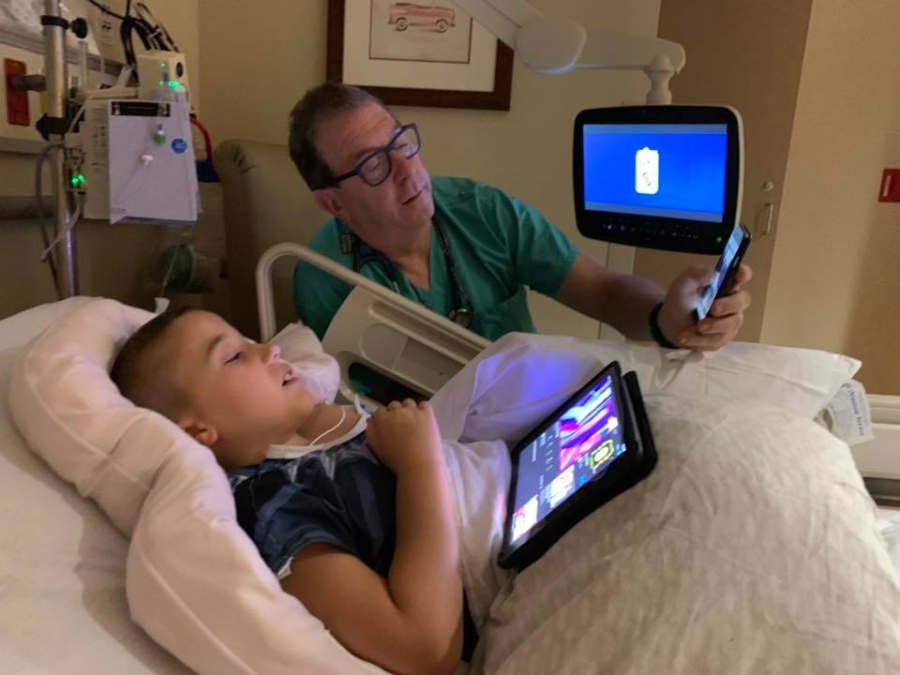 He has a gift for making Chance smile through some really tough times – although it often involves using the fart app or making jokes with him.

Chance was finally old enough to hold conversations with the doctors caring for him, and although Chance was often shy at first, Dr. Spack is amazing at connecting with kids. Chance brought his beloved paw patrol toys to the hospital, and Dr. Spack asked him to teach him all the characters. Every day, he’d come in and Dr. Spack would get quizzed on how many of the characters he knew. And if he didn’t, Chance helped him learn them all by the end of the week.

The Blessing of Having a Caring Medical Team

Spina bifida sometimes can come with a lot of hardship and uncertainties, but one of the biggest blessings is the medical team who truly cares for our son.

Before Chance was born, I wish someone would have told me about the blessings that would come from having a child with spina bifida. If only I knew our son’s medical teams would become like family to us, my heart might have rested a little easier. Or if I had learned more than just what would be “wrong” with him, I might have breathed a little easier after his diagnosis. It brings me joy to learn that newly diagnosed families find his story online and find hope. I had no idea nine years ago that the baby I was so nervous to have would be capable of doing so many amazing things in his life. We know his condition comes with so many uncertainties – but we are committed to helping him have the best experiences in life despite being born with multiple disabilities that often require a lot of medical attention.

This past summer, Chance was greeted by Dr. Spack again in the hospital. We learned he’d require another surgery to detether his spine. Although it’s tough to go to the hospital so often, Chance looks forward to the moments that he gets to be reunited with some of his favorite doctors. Just before Chance had to endure his seventeenth surgery, Dr. Spack was there to do what he does best – make our boy laugh.

Surgery 17 was one of the most challenging we’ve faced. For two days, he had severe headaches and was in so much pain. Dr. Spack still managed to help him smile. Amidst his most painful moments post-surgery, he’d cry for Dr. Spack to help him. All hours of the day, he got to see his buddy, Dr. Spack. Even as he began to feel better, Dr. Spack helped him pass the time.

Chance spent most of the week in the hospital lying flat on his back so his incision could heal. On Dr. Spack’s final day in the hospital before leaving for a conference, he visited before flying out to check on Chance and was determined to get him out of his room. Dr. Spack took him on a personal tour around the special care unit twice and made sure Chance got to tell everyone working that day “hello.”

We’re equally thankful that his therapist has helped him work so hard since surgery. She not only came to visit him during his recovery, but she also helped fit him into as many extra appointments as we could schedule to help engage his legs. This most recent surgery has made his legs much weaker, and at times it has felt like we’re helping him learn to walk all over again. In order for him to take steps like he used to, he has required larger bracing and a lot of hard work and encouragement. 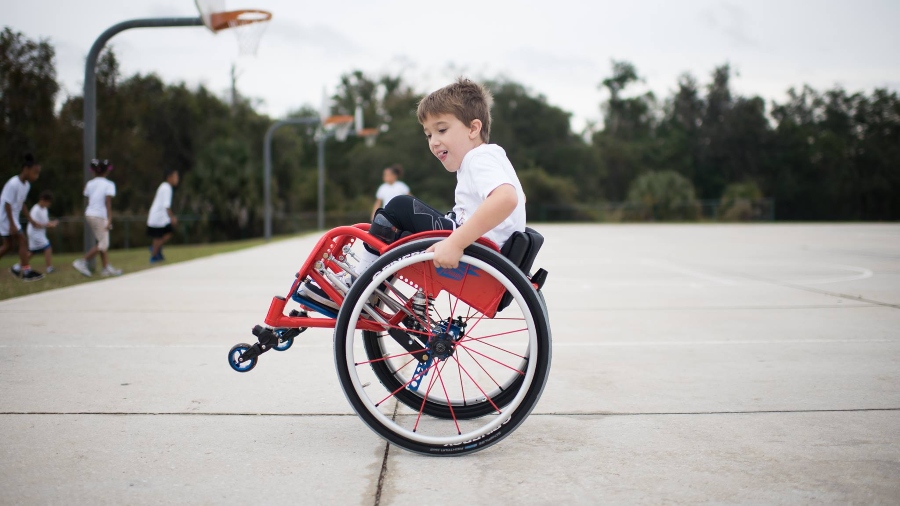 Week by week he’s shown progress and gained strength, and we’re so proud he has the support he needs right here at Orlando Health Arnold Palmer Hospital for Children.

Every year in the United States, an estimated 1,500-2,000 babies are born with spina bifida. This condition occurs in the first 28 days after conception when a baby’s neural tube does not fully form, causing an opening in the baby’s spine to be present at birth. An estimated 166,000 Americans are living with spina bifida.

Spina bifida is a complex birth defect, but I know now that it comes with great blessings. We’ve learned to trust in the journey we’re on and do so knowing we have an amazing medical team behind us making sure Chance receives the best care possible. 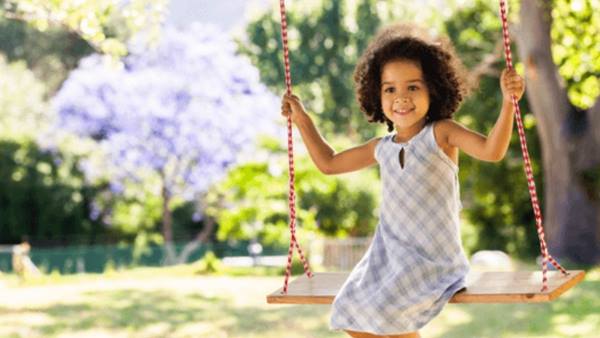 Your child deserves a chance to take on the world. Our team of healthcare professionals is here to help your child progress to their fullest potential. 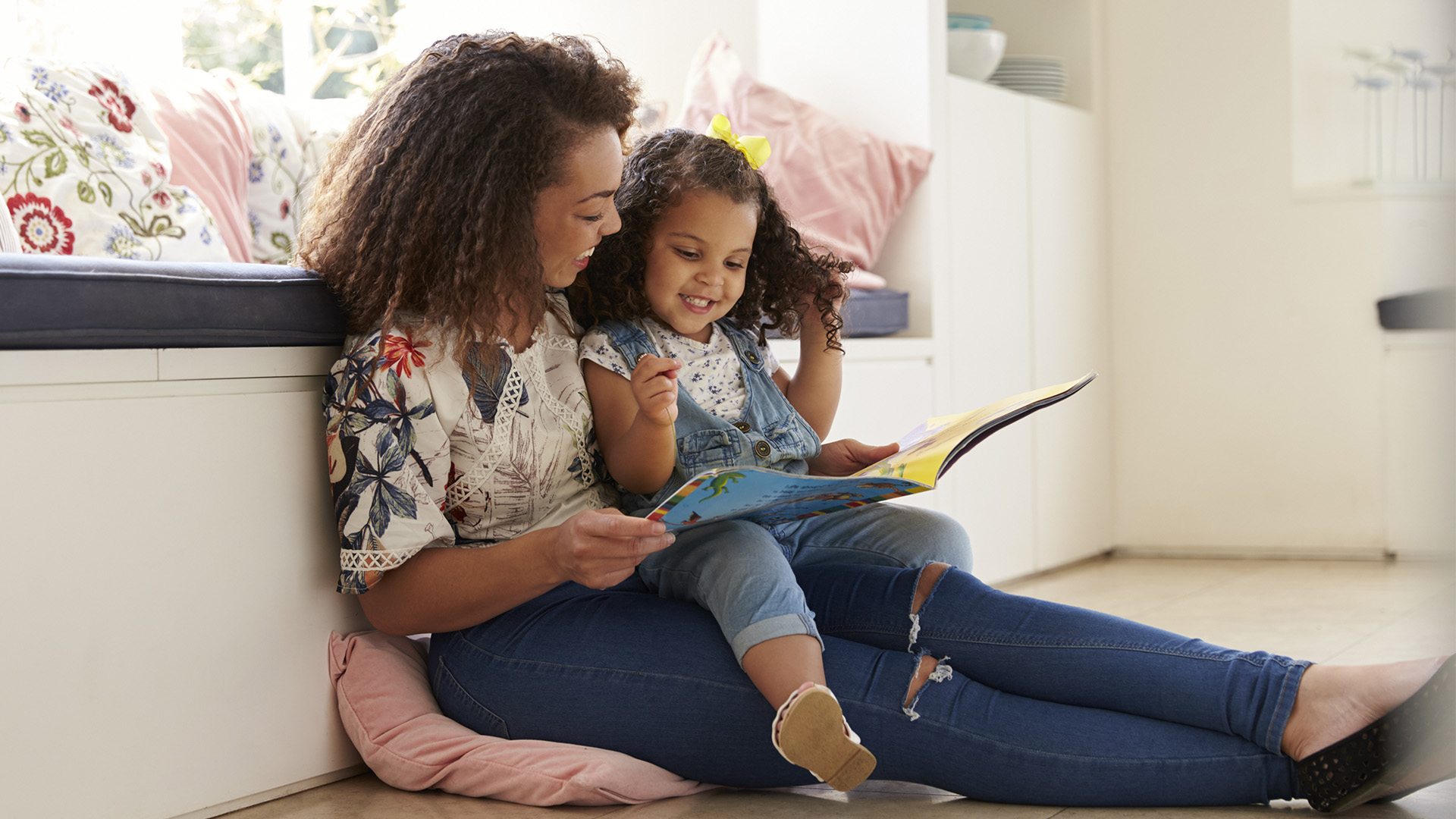 Information will update every 5 minutes. ER Wait Times are approximate and provided for informational purposes only. Estimated Wait Times as of: Sunday, January 16, 2022 5:44 PM