Are our kids influenced by the bad behavior of others?

There’s a question that’s been rolling around in my head the last couple of weeks. You know the kind- one of those nagging thoughts you try to put out of your mind but it keeps coming back without any answer on the horizon. If I’m being totally honest, though, it hasn’t only been the last couple of weeks. I’ve been struggling with some version of this question since my oldest started kindergarten, when she emerged from the cocoon of preschool into the big world of elementary school.

A few weeks ago, a child in my daughter’s first grade class was caught stealing money from a teacher’s purse. Without getting into the details, let me just say that it was not simply a kid pocketing a dollar that was lying around; it was a much more nefarious act that was planned, coordinated and executed with precision.

The situation scared me. It made me feel that the innocence of the first grade classroom was an illusion, a fantasy. And then another adult (who doesn’t yet have school-aged children) said something to me that triggered a recurring insecurity already beneath the surface. He said, “Yeah, I have a lot of friends who live in this neighborhood and would never send their kids to this school. They send them to private school, just because of stuff like this. I wouldn’t want my kid learning that kind of behavior.” 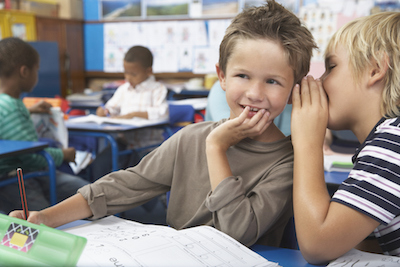 He was operating from the assumption that if kids are exposed to a certain type of behavior, they are more likely to engage in it. Is my daughter more likely to steal now that she’s seen it happen in her classroom? Is poor conduct at school like a virus that spreads from person to person? This assumption is why I think many of my friends opt for more insulated versions of schooling for their kids- private school or homeschooling. We often think that the more protected they are from the realities of the world, the better off they’ll be. I’d just never heard anyone state so clearly before that they believed that shielding their children’s eyes from seeing bad behavior would necessarily protect them from engaging in it.

Here’s where I’ve landed on this question of whether exposure to bad behavior breeds more bad behavior in other kids. I think sometimes it does. Is there perhaps some kid who would have seen this theft incident as invigorating and exhilarating and decide to try it himself? Maybe. Was that what my kid took away from that experience? Absolutely not. I would say that although she’d never considered stealing before in her life, her naiveté was transformed into a sure conviction that stealing is wrong, hurtful to others and comes with stiff consequences.

That brings us to the question: what makes the difference between the kid who is intrigued by the idea of stealing and my daughter who is repulsed by it? I believe it comes down to the guiding forces in that child’s life. In our family, our kids have two involved parents who are shepherding every aspect of their lives. Without a doubt her dad and I are the most influential forces shaping my daughter’s outlook. We believe stealing is wrong, and we have shaped her worldview to believe stealing is wrong and completely outside the values we adhere to as a family. She has learned to define herself according to who we, her parents, are. Does that mean that these other kids have parents who think stealing is okay? Maybe, but I don’t think that’s true for most. I think probably the biggest issue is not that the parents don’t have good values, but that the parents are not the most influential forces in their children’s lives.

I’ve decided that I want to give my children the freedom to experience even the more difficult realities of the world, but with me by their side helping them to navigate and understand the world they live in.

Parents as the primary influencers

When parents don’t take their rightful place as the primary influencers, children find alternatives that shape their worldview: television, video games, friends and peers. I believe that underneath it all, every kid is asking the same questions- What is right? What is wrong? and Who am I?.  If their parents aren’t answering those questions, kids find their own answers elsewhere.

So back to that nagging question, would my child be better off if she weren’t exposed to any bad behavior? Would perhaps a small private school afford her better protection from hard realities and in turn produce a kid with better moral character than a big public school with a diverse array of students, some with social, behavioral and economic challenges?

Before I answer that, let me say that I believe that each family has to find their own right answer; there is no one-size-fits-all solution to this one. And what I believe is true for my family is this: my kids are not better off if they are insulated from the world and exposed exclusively to children and families who look like ours, behave like ours, have experiences like us and share our moral values. Would that type of lifestyle perhaps limit the possible ways our kids could veer from the path we’d like them to be on? Sure, but only because they haven’t seen any other choices. At some point in time, all children will become teenagers and then adults, and like it or not, they will be exposed to things that are outside what we as their parents would choose for them. And when they are teens and adults, their parents will no longer be the primary influence in their lives.

Give them freedom to make choices, guidance in choosing right things 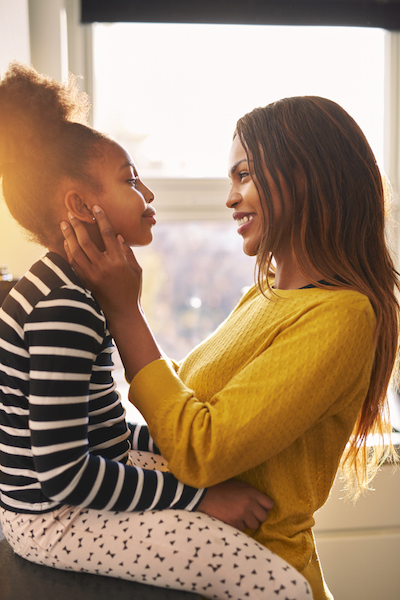 I’ve decided that I want to give my children the freedom to experience even the more difficult realities of the world, but with me by their side helping them to navigate and understand the world they live in. I don’t want them to be coerced into wrong things because of negative influences around them, but I also don’t want them to be so sheltered that they only stay on the right path because they don’t know anything else. I want to teach them to choose the right things instead of forcing right things upon them. I want them to make good choices, even in the face of bad ones and to be able to stand up for those beliefs. That is what I believe will ultimately serve them best.

In this grand experiment of raising children, I can’t say that I know these things are true. That’s the terrifying part of parenting- there’s no how-to book or cheat sheet. We are engaged in a decades-long test and no one has told us how to earn a passing grade. This is how I’ve answered that nagging question today. Who knows, maybe tomorrow I’ll learn something different.

Information will update every 5 minutes. ER Wait Times are approximate and provided for informational purposes only. Estimated Wait Times as of: Tuesday, October 26, 2021 11:16 AM